The layout is far from beeing finished. For having fun with trains in the early building stages I operate with a kind of switching puzzle developed by John Flann (MRP) and described here. In preperation of the operating sessions are needed:

A track schematic with the designated home spots of all included cars, car cards with the reporting marks and numbers of every car, and in the K&LE's case a removable yard lead.

The operating session starts with all cars at the designated spots, the loco on the mainline and a shuffled deck of car cards. Now draw up to five cards and to make up a train on the mainline in the drawn order. Any other cars moved during switching must be returned to their home positions. When ready, put all car cards together, shuffling them and pick five new ones. The cars of the first block are switched back to their home spots, then the new cars are blocked on the main track.

Replicate the process until the shift ends or dinner is served. 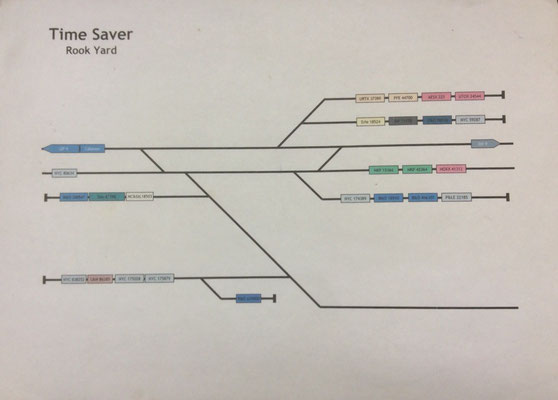 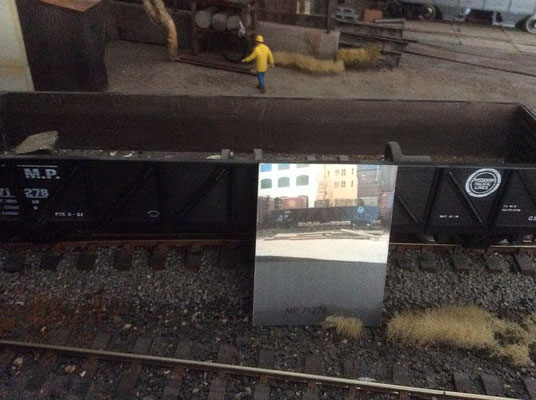 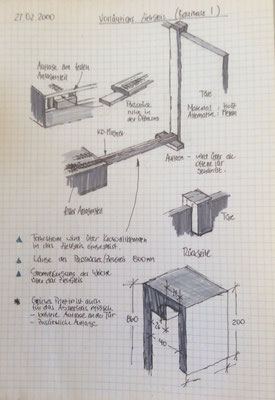